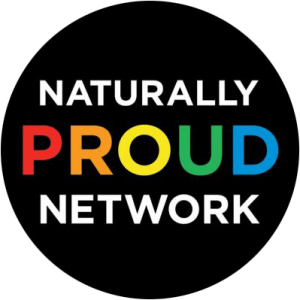 The Naturally Product Network is a 501(c)(3) non-profit that unites the LGBTQ+ natural products and nutraceutical industry community.

Our group cores values reside in: 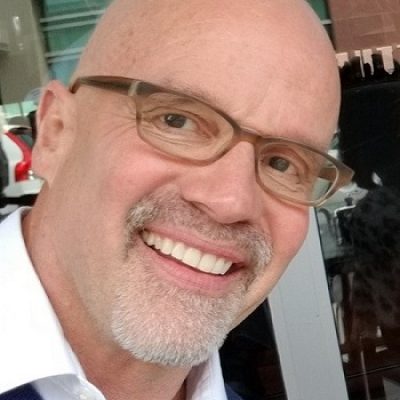 I have been fortunate to work my adult life in the wonderful natural products industry. From my start as Global Sales Director of Aveda Corporation to my role in B2B ingredient sales as Head of Algatech US, it has been a joy. Exciting highlights along the way have been to launch 3 consumer brands – Savesta Herbal Supplements, UP4 Probiotics and my own Hay River Pumpkin Seed Oil. Other passions include organic farming (our own pumpkin fields are certified organic), serving on the State of Wisconsin Organic Advisory Council and also serving on my local Prairie Farm, WI School Board. K-12 public education is our future! 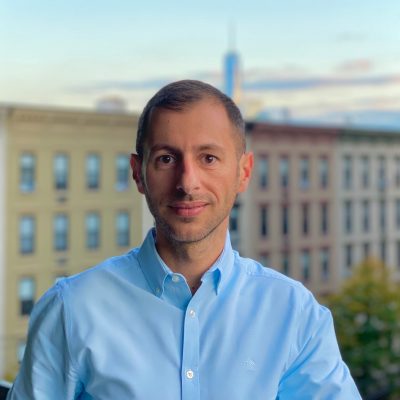 I am originally from Normandy, France and moved to New Jersey over 10 years ago. I studied Business and European law in France and Northern Ireland and was not predestined to work in the natural products industry.  My first job was in Sacramento, California for an ingredient manufacturer in the nutraceutical field, an industry that I have not left since then.

I ended up settling far from home, working far from the law career I prepared for, but have been blessed to live the life I chose and proud about this unconventional journey.  I never had to choose between a career I love and living my life with authenticity. I am convinced that being open about who I am has helped me succeed, and an advocate for creating an open workplace culture of inclusion for LGBTQ employees – it makes everyone more successful.

People that know me will probably tell you that I look very French, that I sound very French and most of my jokes do not translate perfectly well in English. I’ll always keep trying to make others smile. That should give you one more reason to connect and be part of our networking group!

I am looking forward to contributing to Naturally Proud network by focusing on fundraising efforts, creating fun and meaningful events, and ensuring everyone in the Natural Products industry feels included, welcome, and celebrated!

Over 30 years of Marketing, Technical Sales, Product Development, Formulation, R&D, and Quality Assurance in the Functional Foods and Nutritional Supplement Industries. Randy has an interest and talent for designing various functional food concepts. He is currently Vice President of Marketing at Martin Bauer Group  He has an educational background in biology bio-tech/food science, and has held positions ranging from food chemist to various sales and marketing positions with food, flavor and ingredient companies. He is a professional member of the Institute of Food Technologists (IFT) and part of the inaugural class to receive Certified Food Scientist designation from IFT in 2013. Currently Co Chair for the Southern California IFT Section .

Gabriel Paulino has extensive experience in R&D, product development, strategy, and innovation for biotech and nutraceutical companies such as Nutrilite/Amway and Bulletproof.

Gabe is an alumnus of IndieBio Accelerator and Plug and Play and a co-founder of BioLumen, a nutritional technology company with a patented dietary fiber technology platform to reduce the negative effect of a diet heavy in processed foods. His prior experience includes working with SPRIM, a consulting agency focused on health innovation for consumer products. He is now the co-founder and COO of renegade.bio, an end-to-end COVID testing solution public benefit corporation 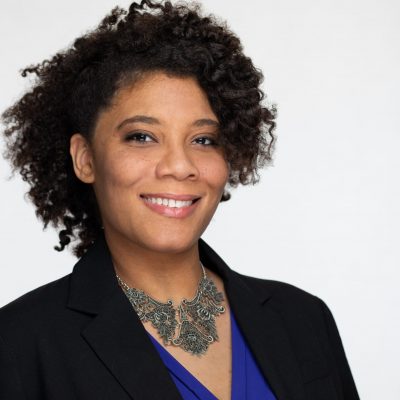 My passion for the nutrition, natural products and nutraceutical industries can be traced back to my pre-professional days. My father was a Medical Doctor-turned-Naturopath way before it was trendy, and I grew up with imported raw honeycomb for sore throats and handmade botanical salves for minor cuts. As a child, I wondered why I could not simply have cough drops and antibiotics like a ‘normal’ kid, but as an adult I am truly grateful for the free education in everything holistic, and a belief system based in thinking outside of the norm.

After receiving a Bachelor’s Degree in Clinical Dietetics and Nutrition and continuing on into a Master’s Degree Program for Sports Nutrition and Wellness, I began my career as a Registered Dietitian working with populations from oncology to eldercare and even methadone clinics. I fell in love with building customized nutrition products, and shifted my educational path from clinical and sports nutrition to food science and product development with a Master’s Degree in Food Science focused on Nutritional Biochemistry.

I can honestly say I have loved my entire career and am grateful to be able to use my multiple degrees and certifications daily! I have enjoyed a wide variety of positions in the FDA-regulated Nutraceutical and Natural Products CPG industry; most recently focused on the CBD/Cannabis industry. I have  held Contract Manufacturing, Technical Sales, and Business Development management positions for small companies and Fortune 500 companies alike.

I love being part of the Naturally Proud Network and wish that every industry had similar opportunities for LGBTQIA+ professionals and our invaluable allies to network and collaborate. Please feel free to reach out to me with any questions or suggestions. I look forward to meeting you at our next event! 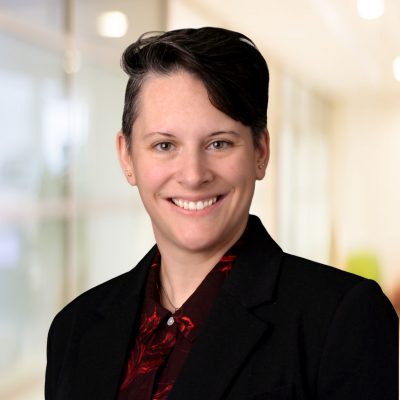 By day I am a food scientist through my career of 13 years at Ingredion, with a background in baking and pastry arts as well as Culinology prior to moving fully into a technical service role in 2016.  At night, I work diligently on the massive undertaking of an indie webcomic project.  I’ll say “massive” because I am the artist and author behind the work.  I count myself fortunate to be able to live authentically in both of these pursuits with strong allies standing behind me every step of the way, not the least of which is my amazing husband, Jeffrey.

In the LGBTQ+ community, I also live with a foot in two worlds.  I am both bisexual and nonbinary, leaning into the terminology “demi girl” and being of the belief that nonbinary falls under the larger umbrella of transgender.  I came out as nonbinary in November, 2019.  I initially told the world, or so I thought, I was bisexual back in the early 2000’s.  However, I only began my journey seeking community and working to establish a happy, healthy mixed orientation marriage a couple of short years ago and came out in the work place even more recently in June, 2019.  I use they/them pronouns.

Not only do I advocate for the LGBTQ+ community through our business resource group at Ingredion Incorporated, I also am an LGBTQ+ writer and artist.  My protagonist, not terribly unlike myself, is gender fluid and bisexual, with other LGBTQ+ cast written within my work. I am honored to be able to expand my ability to advocate, educate, and protect by supporting Naturally Proud Network.” 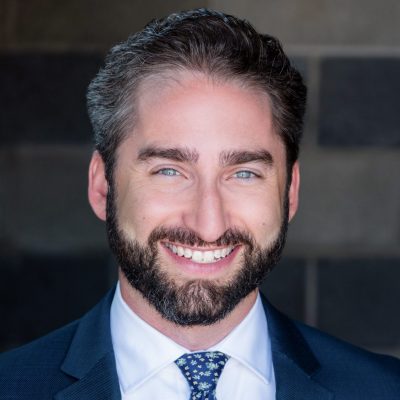 The LGBTQ+ community is it’s own culture that has been inspiring and enlightening to learn from. As a founding member of Pride at Ingredion, it has been massively rewarding to see my Ingredion colleagues feel more and more comfortable to bring their authentic selves to the office. The value is real – for individual’s well-being and business results. It is an honor to be part of the Naturally Proud Network and continue to expand the reach of our inclusion message to the industry more broadly. 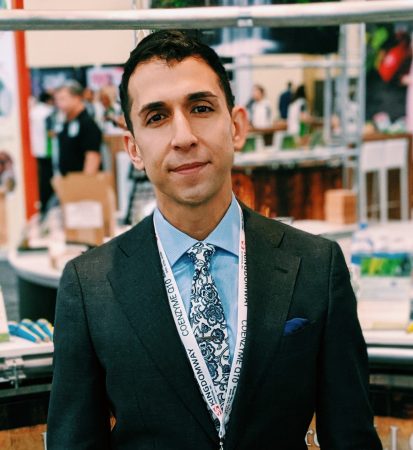 Growing up in a multi-cultural home, my Mother being Latin American and Father Eastern European,  I’ve always known the importance and experienced the wonders of diversity. From different perspectives, stories and of course, culture; Diversity amongst any group can only lead to new ideas, creative thinking and a more harmonious existence. Simply put: When we all get along and appreciate each others uniqueness, we can achieve so much more!

Professionally, I live by that thinking and am honored to be part of a group that’s mission is to increase awareness, promote diversity and inclusion of the LGBTQI+ community in the natural products industry.